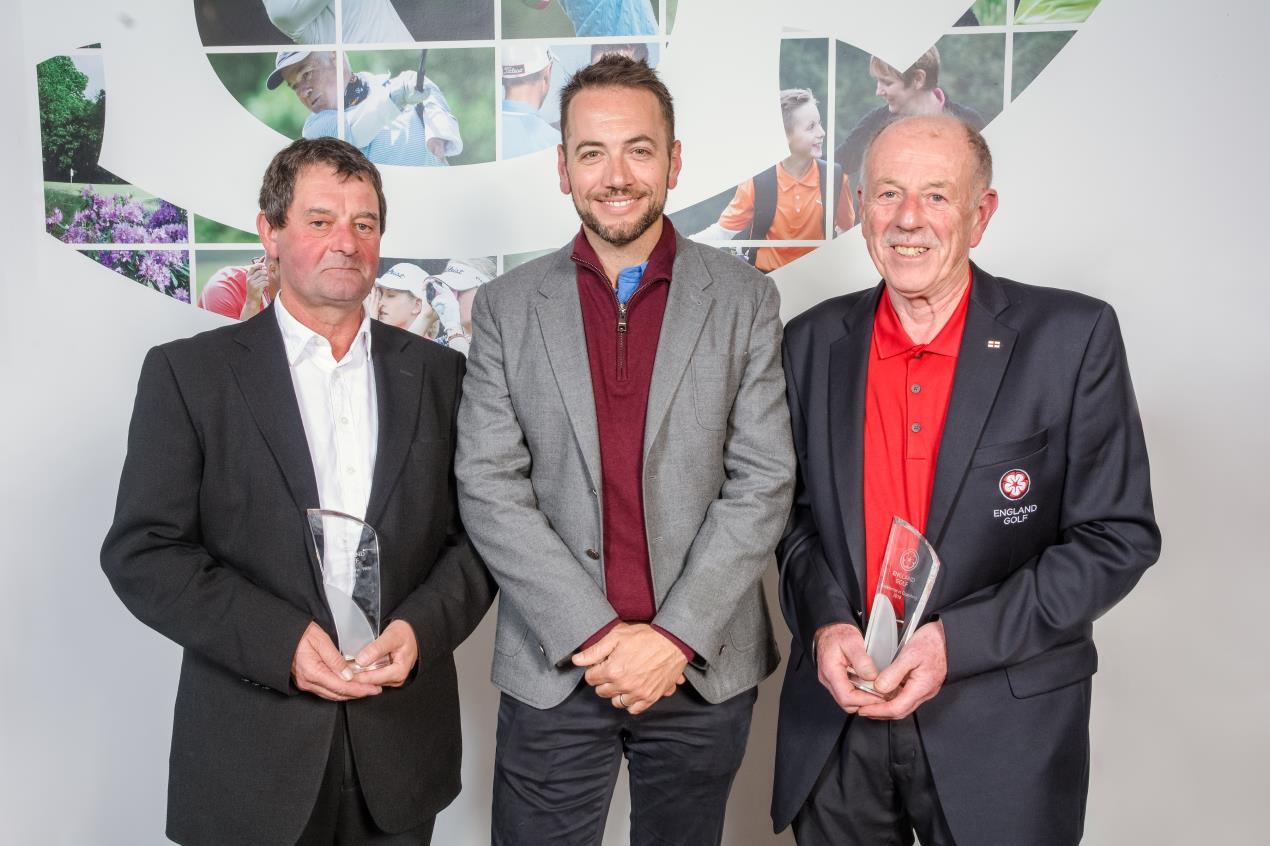 The final award winner was Cheshire’s Roy Smethurst – a legend of the amateur game in England.

Smethurst’s contribution to senior golf over the decades has been nothing short of astonishing.

The former Cheshire and Nottinghamshire county player has continued to enjoy success as a team manager leading the England Men’s Senior squad to three Home International titles in the last four seasons.

The ovation Smethurst received on the night was testimony to the high esteem in which he is held by his colleagues.

Dougherty paid tribute to all the winners saying: “The success enjoyed by all the England performance squads over recent times wouldn’t be possible without the excellence in coaching and management that all the teams receive.

“I know from my time representing England at amateur level just how crucial it was to have a good grounding in the game before making the move to the professional ranks.

“I made my debut for England aged 15 and my heart was bursting through my shirt.

“It remains a huge honour to represent England – something which you don’t really have the chance to do when moving into the professional ranks.

“You only have to look at the numbers of English players currently making their way in both the men’s and ladies’ games to see that the work being done at grassroots levels and then with the performance teams as they move through the age groups is bearing fruit.”

The 2019 performance conference was held under the banner ‘2020 Vision’ as England Golf strives to make improvements for the new season.

Coaches and managers from all the regions gathered to listen to seminars on varied topics such as health and nutrition in golf, the World Handicap System and governance as well as enjoying practical coaching and strength and conditioning demonstrations.